When you ask people about thriving tech start-up scenes, you’re unlikely to hear Australia roll off their tongues.

Silicon Valley, San Francisco, London, the “PAC” in APAC, maybe, but Australia is seen by many as in its infancy in comparison - thanks to less funding and more red-tape. However, the reality is that this notion does a disservice to the burgeoning market in Australia, the thirteenth largest economy in the world.

Pushing through Australia’s economic stalwarts of mining, farming, and (pre-pandemic) tourism, the tech industry has continued to grow exponentially. According to the latest KPMG Venture Pulse report, Australia has seen a continued rise in venture capital (VC) funding in 2020 to obtain a record high of US$1.6 billion, which is a stark rise from US1.48 billion in 2019.

This is reflective of the investment in technology start-ups in the country, which has increased within the last year notwithstanding the backdrop of impending recession and economic decline amid the pandemic, as e-commerce and digital practices became the new normal.

Equally remarkable, however, is that of that US$1.6 billion, only three per cent has gone to female-led businesses. This is despite female-led start-ups generating almost twice as much return on investment (ROI) for investors as their male counterparts.

So, the burning question arises - in the world of venture capital, where profits and return on investment are key to defining success, why is such a rich market left untapped?

As a starting point, gender gaps in the STEM (science, technology, engineering and mathematics) pipeline are one of the reasons commonly cited. It is not unusual to hear “we need to get more women into STEM” or “we need to build the communities of minority experts in the field to pave the way for more to thrive”. But what does the data show?

Promisingly, a recent Australian national data report on girls and women in STEM found that in addition to increased university STEM enrolments, the proportion of women working across all STEM-qualified industries has also continued to escalate, rising from 24% in 2016 to 28% in 2020.

However, the report also highlighted the severe gender pay gap in Australian STEM-qualified industries, which stands to be a rising amount of $28,994 in 2020, as compared to $25,534 across all industries.

Another factor contributing to the lack of funding for female-led start-ups is the existing standard of coaching and mentoring of women.

It is often heard that women need to be more confident in the way they present themselves in pitches, develop more resilience, make their voices heard, find a community of other women founders and entrepreneurs and build a support system to share experiences and leverage contacts to build their network.

But when you stop to question why women need to manipulate themselves so much to fit a mould that could see them be offered scraps of investment, the answer seems simple - the venture capital world, like many other organisational structures, is built around a male ideal and dominated by men.

This concept is encapsulated persuasively by gender equality expert Michelle P King in her book, ‘The Fix- Overcome the Invisible Barriers That Are Holding Women Back at Work’’.

Ms King’s book highlights how workplaces are inherently gendered - they were designed by men for men and due to this, most organisations unconsciously carry the idea of an “ideal worker”, who is typically a straight, white, heterosexual, married man who doesn’t have to juggle work and family commitments.

It is safe to say the venture capital world is no different.

The dearth of mentors for women, encouraging them to pitch authentically and on their own terms is a missed opportunity to encourage more women to gain investments for their start-up ventures.

This evident lack of the presence of women in venture capital is also keenly felt by women founders on a regular basis, whether through daily microaggressions from male investor “mentors” in established incubator and accelerator programs, or from the very way in which questions are posed to female founders as distinct from men.

A gender and culture tax

A serial entrepreneur and an esteemed data scientist, Robyn Hillman Harrigan is no stranger to the pitch room and believes women often face a gender and culture tax when working in this space. As a woman of colour, she believes this tax is augmented.

Ms Harrigan is the founder of CQ, an AI technology product at the intersection of data science and racial justice designed to measure the “cultural quotient” of individuals within organisations to aid diversity and inclusion programs and education.

She reflects on how her experiences have been littered with encounters of seemingly unconscious biases, in particular, when she was asked questions that were “designed to set women up for failure, rather than success”.

Ms Harrigan believes womens’ proposals are treated with a degree of scepticism as a default, leaving them having to focus on defending their proposition in a way that male founders are not.

“The cost of doing business is so much higher for women, such that they then question if it’s really worth it,” says Harrigan. “Why should we have to pay this [gender and culture] tax whenever [we] enter this space when others don’t have to.”

And Ms Harrigan is not the only one to experience this gender-based prejudice.

Studies have revealed that well over 60 per cent of the questions directed at women in a pitching environment are “prevention” questions, which zone in on the potential losses and what they would do to mitigate those risks, while a similar proportion of questions directed at men in the same environment are “promotion” questions, which are designed to focus on the success potential of their company, such as growth opportunities.

Additionally, the data gap that exists in some of these gendered areas can put women at a disadvantage when it comes to selling their idea to investors.

What happens to women creating products and services so needed by other women? How do they explain these products to a room full of male investors?

The lack of women in venture capital funds directly leads to womens’ lack of funding to grow their companies. And without more female investors taking charge and making decisions to increase funding for female-led start-ups, funds are losing out on the chance to realise the ROIs up for grabs, particularly in the realm of products and services targeted at female consumers.

The struggles experienced by minority-led start-ups are exemplified by the fact that existing Australian homegrown start-ups, which have made it to the coveted “Unicorn Club” (private companies valued at over $1 billion), have only done so by gaining significant investment from overseas, commonly from either the US or China. These include the digital graphic business Canva, started by founder Melanie Perkins; and fintech and payment transfer provider Airwallex, started by Melbourne University friends Jack Zhang, Maz Li, Lucy Liu and Xijing Dai.

The founder of the Victorian-based national business advisory and accounting firm CFO Worx, Shelin David, claims to have seen all too often the struggles faced by minority-led start-ups to achieve funding.

“The start-up community is resilient and creative, but when it comes to the stage of needing to scale, they won’t be doing it in Australia,” she said.

Take your fundraising to the people

Ms David also sits on the judging panel for Silicon Beach’s monthly pitch night and has direct insight into Victoria’s community of early-stage start-ups, as the main feature is the 90-second pitch segment where anyone is encouraged to pitch their idea, start-up, app or any new venture.

Her suggestion to minorities struggling to gain investment is to take matters out of established venture capitalist hands and to put it into local communities by seeking crowdfunding. Better still, to push for developing crowd-funding platforms specially designed to back minority-led companies.

“People think that to call yourself an angel investor you need to have $200K plus behind you but you have the power to change things even if you only have a couple of thousand [dollars] lying around.

“Collectively you [the community] could give more enterprises financial backing.”

It is true that communities now play an undeniable part to shine a light and expand the growth potential of otherwise overlooked ventures through a simple practice called ‘crowdfunding' - which is the basis of popular sites such as Kickstarter, GoFundMe and Indiegogo worldwide.

Australia is a strong example of the fast-growing power of crowdfunding, as even though the practice is fairly new in the country, it has raised several companies and individuals around 10 per cent ($50m approx.) of the crowdfunding amount annually raised in the UK - where crowdfunding was established almost a decade ago.

And with this undeniable gender and cultural tax experienced by women and multicultural start-up founders, could there be the potential for a new venture for this under-tapped market?

A crowdfunding platform with a focus on funding minority-led companies would have the potential to fund scalable start-ups to succeed and, in turn, help traditional venture capital firms to discover the potential that lies within this space.

However, like so many gendered and racial environments, it will take a community effort to change the status quo that exists within the venture capital hemisphere.

This bias, or gatekeeping, needs to be addressed at all levels. From mentoring to recruiting, there exists an indisputable need for more women and minorities into the VC world and an open acknowledgement of the existing gaps within this space - as without transparency, the cost of maintaining the gap and gatekeeping will only go up.

Dharshi Harindra is a specialist in technology and data law, start-up mentor, and FinTech advisory board member. Dharshi is a passionate advocate for D&I initiatives, particularly in corporate organisations, and regularly advises companies on the use of data and technology in an inclusive way. You can connect with her via LinkedIn. 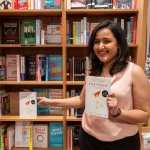 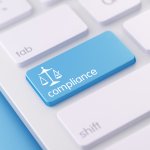