You’ve all probably heard of the Big Quit or The Great Resignation in the wake of the pandemic.

The terms might be new but brave souls have always ventured into scary caves and indefinite oceans, taking leaps of faith with hearts full of hope in pursuit of their dreams and Veeral Patel, a Software Engineer turned Architectural Photographer, is no stranger to this. Born in Fiji, he completed his education in New Zealand before relocating to Australia to look for an engineering role which was hard to find at the time because of the dotcom crash of the late 90s.

Luckily, he landed his dream job in 3G mobile communications research and development at NEC Australia in Melbourne, followed by varied roles in the software industry over the years.

But eventually, he needed a break and stumbled into photography, which was simply a passion. But, he wanted to see if he could make a living out of it.

“Now it was truly a far-fetched idea because most of my life, I have been very conservative. Like I take very calculated risks so I will do my risk analysis of every decision I have made,” says Patel.

“But in this one, I just thought you know the worst that could happen is I’ll completely fail, and I can always go back to IT. So that was like my default plan if things didn’t work out,” he adds.

Buildings and architecture fascinated him since childhood, but the photographer facet didn’t appear till he began travelling to Europe.

“… it started by means of literally quitting my job one day on my way to my project in Sydney in the taxi to the airport and I just got a ticket to go to Italy to photograph the Giro d’Italia.”

A wish to experience his first grand tour in Italy and obsession with Giro d’Italia, an annual three week long multiple stage bicycle race in Italy, took him there, but what caught his attention was the European architecture not yet realising his photography connection with buildings. During his photography journey, he met architects and property developers and thus began his architectural photography career.

His favourite project is the Australian Islamic Centre in Melbourne designed by Glenn Murcutt, the only Pritzker Prize winning Australian architect and Elevli Plus. Patel’s friend Hakan Elevli who worked with Glenn on this project told him that he had to write an article on it, and they wanted it to be photographed for Architecture Australia, a prestigious magazine. To photograph a Pritzker Prize winning architecture and have it published in Architecture Australia was a dream come true for Patel.

The Australian Islamic Centre in Melbourne designed by Glenn Murcutt and Elevli Plus. Image: Veeral Patel

Also, this project is a concrete brutalist structure with sculptured architecture and ornate artwork, unlike a typical mosque with minarets. The ceiling with colourful lanterns that bring the light inside, each representing a different element of the Quran, is the highlight. Murcutt’s architecture and vision, demonstrating how architecture can serve as a cultural bridge, are admirable.

“It was my first project of architectural significance that got published in a magazine. Furthermore, it was a dream to work with Glenn and Hakan on this project,” says Patel.

A method to his art

Patel’s photography relies heavily on light. The changing light throughout the day adds character to the building. He contemplates photographing a building in the finest light. “…you have to be an early bird. You have to be up when the sun is up, and I have a very hard time waking up in the morning” he laughs and adds.

“…the true beauty of a building is in that early morning light and it gives you a completely different appreciation and sense of the building compared to if you see the building at let’s say midday and then again the building changes completely in the late evening and sunset,” he says. “Yes, it is the very important part because it’s the final step that can actually really push or retouch an image to the way you want it to be shown to the outside world,” adds Patel.

Patel believes architectural photography is more about documenting a project to promote it and get new clients, which is tricky because the architect implicitly trusts the photographer’s skills to make the building shine. So, it falls to the photographer to determine the best way to capture the project based on its architectural design. You wouldn't want to photograph a building’s glass facade at midday, for example. You may want to photograph the building either early in the morning or late in the evening when the sky is more dramatic and reflects into the glass façade of the building, making it stand out.

Bumps in the road

Patel hasn't had an easy journey.

“I basically went from being a software engineer to photographer and there was no transition for me, and I just went and picked up a camera and started photographing.”

Assisting no one and figuring things out for himself, came from the strength of being a software engineer, he believes. You write software and solve problems, but each problem is unique. He used that corporate experience to resolve problems in photography.

It wasn't just photography that presented problems, but marketing and prospecting as well as business development which he learnt through experience and a lot of errors. However, you learn that way, and that also defines your character as a person, he believes.

Patel shared a couple of interesting recollections which are also the highlights of his life, from the wide array of projects he has done over the years. First one being the moment he quit his job which he never thought he could.

“It was like 5 am, I had just left home, and the taxi must have driven about a kilometre from where I resided. I pulled my iPad, and I typed an email to HR Manager saying as of today, I am resigning, I have other things in my life. I want to go and experience and explore.”

It was difficult not knowing what would happen next, but he was proficient with a camera and was aware he had to deal with challenges. Problems solved on the go but often it was too difficult that he contemplated quitting. But he was motivated by the thought of what he would do tomorrow if he stopped now. He met photographers who had stopped due to financial difficulties or other reasons. According to him, if you want to be an entrepreneur you must endure the pain to be successful.

His second memory was of his first flight to Italy for the Giro. He had no idea about what he was going to experience, he was terrified.

To become a photographer, you must go out and shoot projects. The beauty of architecture is that it is everywhere, and you can photograph it with something as simple as an iPhone. Many successful Instagrammers only use an iPhone.

One of his few mentors is a seventy-seven-year-old, retired, neighbour, a marriage celebrant. He helps Patel comprehend his concerns by drawing on his own life experiences. Having a guided start is one of the most important things in life, he says.

Reminiscent of his journey, he still feels surprised to have quit his job ten years ago, having travelled extensively, spending a lot of time in Europe and meeting some interesting individuals in New York. To him, it all feels like a movie. It wouldn’t have been possible without quitting his job, which he feels is his biggest life lesson. Success or failure, there’s always something to learn.

Patel’s tale illustrates, sometimes, a great risk reaps great reward. Have you ever taken a leap of faith to live your dream?

Manmeet Uppal Kohli is a Melbourne-based freelance content producer and journalist. You can get in touch with her on LinkedIn.

For the first time ever, there are 4 South Asian women in the Australian Parliament 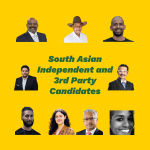 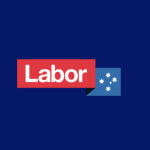 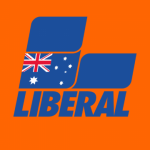