For renowned artist David Sequeira, a kurta is the barometer of his connection with his Indian side. Over time, he’s become a big advocate of the kurta. But things didn’t start that way.

“We first moved from India to Australia, back in 1970. Relatives from India would visit in the 70s and they would bring us kurtas.”

“We were little kids and we did not want to wear them. I hated it. I just really wanted to wear jeans and a t-shirt like all of the other kids.”

“It's only in the last, I don't know, 15 or 20 years where I've been thinking about the kurta and thinking about my own heritage….now, when I put a kurta on, I love it.”

For his latest exhibition ‘untitled India,’ Sequeira created 56 bespoke kurtas. They are a mix of kurtas in bold colours, and black and white kurtas with printed images of important moments of Indian history. David is deeply interested in embodied history - where moments from the past come to life on a physical body. Artist David Sequeira prepares his kurtas for his exhibition.

‘Untitled India’ is launching this Saturday 7 May with a runway show at Bunjil Place in the City of Casey, outside of Melbourne. The fashion show features music by classically trained veena virtuoso Hari Sivanesan, co-founder of the Sangam South Asian Arts Festival.

When David Sequeira asked me to put on one of his kurtas, which functions as a piece of art in ‘untitled India,’ I told him it made me feel regal. While he didn’t share the exact feeling, he offered his own reflection.

‘Number one, it's a really comfortable garment. And I just think it is a really flattering slim line garment for man to wear.”

“When I put it on, I do feel a connection to a lineage that's bigger than me. I think it was designed somewhere between 800 and 1,000 years ago.”

“But it's also incredibly contemporary. You see people wearing derivatives of the kurta - the pyjama or loose pants with a long shirt - everywhere. I wear them with Doc Martens. I wear them with big chunky sandals.”

“I want to have something that’s elegant but also connected to the hybridity of my life here,” says Sequeira.

A first return to India and a taxi encounter

In his life, Sequeira journeyed through a hybrid sense of self, with early feelings that his identity was more unclear and elusive than he wanted. This neither-here-nor-there feeling confronted him when he returned to India for the first time. “The first time I went back to India, in 1991, I'll never forget it. I was getting in a cab. And this taxi driver starts speaking to me in Hindi. I apologised asked him if he spoke English”

“And he says in English, ‘Where are you born? And where's your mother born?’”

“He rolls down the window to talk to his taxi driver mate across the road. And in English, while I’m in the cab, he says, ‘His mother's born in Rajasthan; he’s born in Delhi; and he won’t speak Hindi to me.’”

Sequeira’s reckoning with his identity is a similar kind of grappling that he often encounters in the South Asian diaspora.

“I think the notion that colonialism is finished is problematic. People say to me: just get over it. But we’re still living in the reverberations of colonialism, especially as diaspora in Australia.”

And that’s where Sequeira’s exhibition and work aims to embody the complexity of India as it grapples with its own history. He reiterates to me that he wants people to see that “we’re not just a great curry.”

I ask Sequeira what prevents this complexity from being seen. He says it’s exactly that - a problem of visibility.

“I think visibility has much to do with it. I think there’s something that visibility permits and the more visible we are, the more opportunity we have to express ourselves and the richer the understanding of India. And not just India, but the whole of South Asia.”

In expanding his notion of identity to being South Asian, Sequeira admits the term was new to him at first.

“A few years ago, I had to Google ‘what is South Asia?’ And it’s a bit different depending on what you read. I like it because it's actually quite inclusive, but understand that there is a loss of cultural specificity.”

What is fashion and what is India?

“I am just staggered at the volumes of money that people spend on fashion in India. Indian style is a very big conversation and looking good in India is a big deal,” says Sequeira.

There’s no doubt the rising middle class and staggering wealth in India is a playground for luxury fashion brands. But what does Sequeira think fashion actually is in the Indian context?

“'untitled India' draws upon all of these associations.”

“I would meet friends in India and they're all wearing Ralph Lauren. Everything. The chinos, the polo shirts, everything. I don't even know what they think when I turn up in a kurta!”

Sequeira wants to challenge the notion of fashion as only connected to luxury brands and couture with no message behind it. The images on the kurtas in his fashion show and art exhibition show acid burn victims, violent moments from the Indian Mutiny and many other historical images. He feels strongly that these moments are glossed over in populist constructions of India and its culture.

“It asks: what does it mean to have men of different ages wearing a history of India that is embedded in the richness of colour?”

“I am interested in embodied history because it allows me to think about histories that are rarely, if ever, acknowledged.”

And putting men in his kurtas is something he acknowledges that can also be subversive. “Men are responsible for the suppression of story, of history, of women, of culture.”

“I've developed a definition of India that has been really useful in thinking about my work.”

“India is a place of uber-modernity existing against and existing with ancient tradition.”

“It’s like the kurta - it can be a place where the old and the new are not binaries, but rather, they coexist.”

Sequeira’s excitement for his new show and the amateur models he’s working with is palpable. He wants a new generation to be more visible.

I ask Sequeira if he has any advice for upcoming artists. He says, “Go and try to understand the world.”

“But If you want to understand the world don't look in the obvious places. Look in the subtle places.”

“Look at the part of the world that's like a grain of sand in your shoe. It doesn't stop you from walking, but it makes its presence felt. Follow that.”

Get your SAARI discount tickets to the fashion show launch party here, or check out more info about the month-long exhibition with additional events here.

Sandeep Varma is the Founder and CEO of SAARI Collective 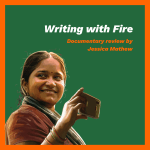