Depinder Chhibber is not far from becoming a household name for television-loving South Asian Australians. Her food journey, stemming from simple curiosity as a young girl, has taken her from her mother’s kitchen to the Masterchef Australia 2021 benches. The SAARI Collective spoke to the 29-year-old Sydney-based cook about flavour, food, the representation and the celebration of South Asian cuisine on a national platform.

As a young girl, Depinder Chhibber was always fascinated with cooking - she would stand in her family kitchen and follow her grandmothers and mother around as they cooked, curious about the ingredients, the techniques, and the flavours.

Fast forward to 2021, this curiosity led the 29-year-old pharmacist by trade Sydney resident to stand behind one of the coveted Masterchef Australia benches earlier this year and showcase the skills years in making. Despite never having stepped into a professional kitchen before her first day of filming for the show, Depinder succeeded in placing 8th in the competition and winning not only immunity pins but the hearts of several across the world.

Applauded widely for presenting a constructive platform welcoming, if not encouraging, accurate and passionate representation of the manifold cultures and cuisines across multicultural Australia, the show personifies the notion that food brings people together. Depinder was part of a diverse cast on Masterchef Australia and commends the show as an example of a platform fostering representation and actively making room to showcase the beauty in diversity.

“The diversity on MasterChef Australia shouldn’t surprise anyone because we live in a multicultural, diverse country! We have Indian, Vietnamese, French restaurants on the same strip,” she said. Diversity on the show translates to diversity on the plates, which makes the show appealing to a massive audience across the globe. It also aided Depinder to develop a strong South Asian following due to her ability to elevate and perfect classic, well-loved, home-style Indian dishes. While noting that she was not expecting to cook as much Indian food as she did, Depinder reflected that Indian food shines as it is packed full of bold flavours and spices. In fact, one of her favourite dishes that she presented to judges was her version of a ‘Bento Box’.

The 'Mystery Box Challenge' in Episode 18 of the season asked the contestants to present a version of a ‘Bento Box’ with any cuisine in 90 minutes. Quick-thinking Depinder likened the traditionally Japanese ‘Bento Box’ to a ‘Tiffin’ or a ‘Thaali’ from her Indian culture and served up an assortment of well-known Indian dishes including chhole (chickpea curry), paranthas (Indian flatbread), paneer (cottage cheese), accompanied by a tangy classic achhaar (pickle). “This challenge was very close to my heart...every Indian household across the world eats these dishes regularly - it is simple food that you eat with your family,” she reflects. Depinder's inspiration to cook can be traced to her family. With her food journey starting a curious young girl in her family kitchen, she would often cook for her now-husband while they dated (the way to a man’s heart, anyone?) and having lived in Delhi until age 11, her cooking picks up muse from her childhood, her family and the food back in India. She believes her move to Newcastle in 2002 was the catalyst for her love of cooking because she just couldn't get the food she grew up eating in India locally. “A lot of my cooking is nostalgic and memory-driven…in 2002, you wouldn’t get Indian street food here so we started making it at home. I would research recipes and recreate them with my mum,” Depinder recalls.

To prepare for the show, Depinder spent time making and perfecting her signature dish, ghevar, which is a Rajasthani delicacy. Apart from that, she said that there was not much else she could do going in, as she simply did not know what to expect.

However, Depinder credits her refined cooking skills to the [hundreds or thousands] of hours she spent researching. She spent years learning about cooking and constantly learning by reading numerous recipe books and following global Indian chefs. She also utilised the six to eight months it took to film her season of Masterchef by studying food and practising techniques where she could.

Reflecting on her culinary journey, Depinder states she would like to learn more about South American food and develop her skills in using Australian native ingredients. “I got eliminated in the Australian native challenge [while filming at Uluru in the Northern Territory], so it is something that I want to learn more about and try to incorporate into Indian cooking.”

Merging borders, one plate at a time

Building on that, Depinder notes that being an Indian-Australia has undoubtedly shaped her food journey. She vocalises her excitement about where the Indian culinary scene in Australia is heading and celebrates the twist of using local Australian produce in an Indian style to create something distinctive, such as by adding in “different leafy greens when making saag.”

“There is a huge market for regional Indian, for fusion Indian in Australia. Slowly people are experimenting outside of the Indian takeaway staples and a lot of chefs in Australia are trying to do cool things with Indian cuisine."

Depinder heartily encourages all South Asians to venture out, represent their culture and showcase their talents, as possibilities are endless. "These things are not heavily encouraged in our culture, so we need to talk about it. There is never a 'good time' and nobody is going to come to [invite] you - you have to go [out there] and show the world.” She concludes there are numerous avenues through which one can pursue their interests and suggests just starting somewhere, for instance, if your interests lie in food, try starting with perhaps a food blog or writing a cookbook.

She hopes to travel back to India and explore the different regional areas to experience their cuisines post-pandemic and is humbled by all the support she has received. She looks forward to engaging her Indian audience and further strengthening her love for Indian cooking. “It feels like I have done the right thing by them. Something that is close to my heart is also very close to theirs, so I am glad that I was able to represent our culture and cuisine [in MasterChef Australia].”

Depinder’s food journey and dream are only just starting - with the creative chef hoping to release a recipe book in the near future and teasing the idea of a small restaurant down the line, showcasing food that she loves to cook and make. Safe to say that there will be a long waiting list for reservations when she opens those doors!

Masterchef is a reality TV series that features home cooks who competitively cook and create dishes before a panel of judges. You can watch Masterchef Australia via Network Ten’s streaming service, 10Play.

Tia Singh is a lawyer, public servant and freelance journalist from Sydney. 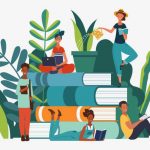 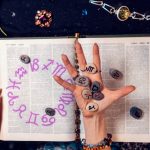 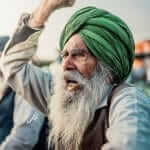 Repealing the Farming Laws: Not A Gift