When Nisha* (not her real name) was diagnosed with depression by her doctor, her family refused to believe such a thing was possible. They told her to exercise and eat better, and then they finally told her to “just be happy.” They also admonished her for what they saw as a dependence on the anti-depressants her doctor had prescribed, saying that these drugs were terrible for her as she would become addicted to them. They pushed her to get off life-saving medication while refusing to acknowledge her mental health issues or support her. It took a suicide attempt for Nisha’s family to take her mental illness seriously, and by then the years of denial and dismissal had done irrevocable damage.

For so many South Asians and other people of colour, depression and other mental illnesses are seen as a “white disease”, even though South Asian immigrants experience some of the highest levels of stress and anxiety in any society.  South Asian women seem especially prone to “self-harm… including depression, anxiety, insomnia, and eating-related psychopathology.” As far back as 2005, research showed that for many South Asians living in Australia, “stigma and shame are key factors that influence (a) reluctance…” to seek help for mental health.

South Asian culture places a high degree of importance on family reputation and how others perceive us. A child with a mental illness – or one who seeks to get help for their mental health – is often seen as a reflection of parenting gone wrong. This in turn makes South Asian parents place undue burdens on their children to not be public or vocal about their mental health issues, as it would reflect badly on them. The consequential effect of this is to silence and sweep an integral aspect of one’s overall health and wellness under a rarely lifted rug because the focus of the family is on concealment and a good public image.

The immigrant story and the expectations placed on South Asians are part of the reason why mental health issues amongst the community are rarely addressed. Jessica D’Cruze is a family services worker for VACCA (Victorian Aboriginal Child Care Agency). “To be able to talk about our feelings is almost a privilege that white people have,” she says. “The migrant story is to work hard and achieve and when you constantly do that, you don’t have the space or time to talk about your feelings. This is inherently cultural.”

Tharindu Jayadeva was a Community Awareness Officer at Headspace, an Australian non-profit organisation for youth mental health. He echoes a similar sentiment when he describes a real hesitancy on the part of both South Asian kids and families to engage with therapy and mental health.

“The immigrant narrative is to keep working hard. As such, discreet and nuanced conversations around mental health can be challenging, (and are) seen as a privileged thing to be putting time and energy into.”

If you are lucky enough to have a South Asian family and friends who support you, there are other factors that inhibit South Asians from being able to access adequate mental health care. Therapy is expensive to begin with. My therapist charges $220 an hour. Without access to a mental health plan as well as private insurance, this would be well out of reach for me, and I am a working professional. If seeking help for my mental health is expensive for me, what more for many South Asian families who have young children and elderly parents to care for?

On top of this, even if we are finally able to successfully navigate issues of culture, family and finance, South Asians are then faced with another hurdle: a therapist who does not understand our cultural background or how racism can impact our mental health.

D’Cruze has experienced first-hand the damage that a white therapist can cause. When she went to one, she had to explain to the therapist what white privilege was. The therapist became defensive and started talking about how he grew up poor, comparing his socio-economic background to her experiences as a woman of colour. “This is exhausting to explain, let alone to go out and get help,” she says. Instead of being supportive, racism at the therapist office causes more harm. D’Cruze continues, “White therapists are not trained in understanding the nuances of our cultures. It’s not a culturally safe space to talk about our mental health, the history of who we are, etc. The disparity of our problems and white people’s problems are significantly different.”

Modern psychotherapy is built on Western theory and applying it to people with South Asian backgrounds can be difficult. There is little research done into the number of white therapists versus therapists of colour in Australia, but in America, the numbers show that 86% of psychologists are white, which probably reflects the racial composition of therapists in Australia as well.

Research also shows that racism can take a real toll on our mental health. Racial trauma manifests with symptoms similar to soldiers who have PTSD from a war zone and racism factors into mental health issues for many people of colour in Australia. Workplace aggressions, daily experiences, and a lack of representation in the media impact our mental health. A therapist who does not understand this fails us in the most fundamental of ways.

There seem to be multiple barriers to overcome for South Asians if they wish to start on the arduous journey of working on their mental health. It is no wonder that mental health is a touchy subject for so many of us.

Things are changing, albeit slowly. Health Victoria has recently placed an emphasis on culturally competent care in all areas of their services, including mental health care. Seeing a real need for non-white therapists, there are Instagram accounts like Our Directory, which maintains a directory of POC therapists and counsellors specifically for Mob, Māori & BIPOC. However, that does not address the inherent cultural barriers that stop South Asians from being brave enough to access these services. Jayadeva points out that representation is hugely important. People from the South Asian community talking about mental health, cultural identity and intersectionality can go a long way to changing these mindsets. “You want to hear and see someone sharing a story…to see yourself in them,” he says.

Where to get help

Besides fantasy fiction, she also writes nonfiction on subjects ranging from racial justice to the politics of Southeast Asia. As an activist, she has engaged in anti-racism work in Singapore and Australia. She is the originator of the term ‘Chinese Privilege,’ which explicates institutionalised racism in Singapore. She has spoken and performed at the Melbourne Writers Festival, the Emerging Writers Festival and many more and has recently returned from a stint as “Activist-In-Residence'' at Massey University (NZ). 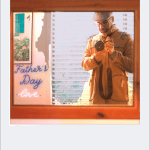 A Reflection for a Happy Father’s Day 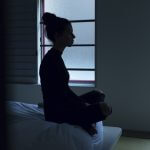