At a certain point, most Indian or South Asian dads like me will catch themselves sounding exactly like one of four people:

4. A conscious opposite of their own Dad.

Earlier this year, I caught myself sounding like Amitabh’s Mr Raichand from Kabhi Khushi Kabhie Gham, a hugely popular 2001 Bollywood film. Mr Raichand is a dad in all the worst ways - gruff, commanding, fails to listen and is largely emotionally unavailable to his family. But damn if he doesn’t have an awesomely deep voice and cheesy but addictively-watched dance moves.

My Amitabh/Raichand moment was bathtime, where the kids wouldn’t get in and I, having not slept much, made winning the bathtime battle my personal crucible. Naturally, the Bollywood dad approach didn’t work, my own Dad’s milder patriarchal approach didn’t work, and all market-stall negotiating tactics failed me.

“I don’t want to go in the bath. NO! I don’t want more TV time or chippys tomorrow. I WANT MOMMY!”

Once my unwashed children were in bed, I lay out in my own bed to grab a breather and wind down from frustrated soldiering. I needed a new approach.

I went back to Amitabh Bachchan. For me, he embodies a father figure of sorts, the deep-voiced dad, emotional when it matters, wrapped in complicated contradictions - ones tied to a firmly mainstream Indian mindset. LIke it or not, his film roles influenced me: the disillusioned father in Baghban, the principal and strict dad in Mohabbatein, the kind teacher of a deaf and blind girl in Black, the dying father in Waqt and the gangster godfather in Sarkar. “Our stories are very social-based, very human-based. We are a very emotional nation,” Amitabh has said.

As an Indian Australian dad, I’m conscious of how we imprint our emotional palette and cultural norms on our kids. But something about the cultural template of Amitabh’s characters didn’t sit right with me. Then I realised what it was. None of the characters embody a key trait psychologists say is vitally important for dads: emotional regulation.

In other words, our cultural tropes don’t give us all the tools we need to model healthy ways to express our feelings in front of our kids.

What’s also missing is something real, something about the struggles and failures you endure in the sacrifices of being a South Asian parent in Australia. The challenges you face from the monotony of your life when you’re on a baby’s schedule, the shared commonality and laughter and the rarely heard honesty of dads admitting that maybe fathers aren’t the centre of the universe.

In contrast to the Amitabh and many of the both absent yet demanding Indian fathers I’ve met, the Aussie Dad - let’s face it, the white Aussie dad - seems to me to be a unique beast: a larrikin, less stern and far more athletic that his brown counterpart, less obsessed with the A+, not much of a dancer but a hell of a drinker who can work a circular saw like magic but is not a genius at IT systems, religious philosophy or yoga. Equally, I’ve seen Indian and Aussie dads sit on a couch and yell at a screen about sports, tell you to be frugal and lounge stoically together for hours while never speaking about their emotions (though this is changing in many places). In my experience, both dads are also not awesome at regulating their emotions.

Where I see the Indian dad as more serious, I construct the Aussie dads I know as having a bit of cheek. The Indian and South Asian dads in my circle are cognisant of their role in a lineage of fathers, while the Aussie dads are often more independent, but have their ‘olds’ who, if they’re baby boomers, will define a line of tradition he can struggle to break.

Both dads, statistically, are awesome at leaving domestic work, cooking and childcare to the women in their lives and visiting violence on those women. At best, there are the few from either camp who work in equal partnership with women or actively work as allies. And we know for the majority, both groups of dads seek positive relationships with their children, ranging from being protectors to colleagues to disciplinarians to actual friends.

In navigating life as South Asian Aussies, I think there are some ideas the modern Aussie dad can teach the Indian or South Asian dad. These are best captured by author Steve Biddulph’s work on parenting and the role of men, accessible through his brilliant and easy-to-read book The New Manhood. Biddulph asks men to ask themselves, “Who would want to watch the movie of our lives?” and note our response. His view is that our own stories unfold often by default, and that personal liberation is knowing that our life stories are profound, that we can choose our story, and lift others up while living it, acting as examples of how men and fathers can nurture and protect life.

In Biddulph’s view, men need to unlearn our bad role models - what I like to call our ‘bad Bachchans.’ To begin that journey or unlearning, men need to seek out other like minded men to help both themselves and society change. Mateship between men can become real friendship if we do the work to shed our masks.

Those of us with Indian or South Asian fathers know all too well how fathers often set the mood in a household. So, given that, it’s up to dads to choose to set a mood of safety, lovingness and good fun, and bring discipline with calmness and strength - not fear or disapproval like many old-school Bollywood dads. Biddulph reflects that life is not quite like a movie, despite us wanting it to be. Movies have a big ending and resolve things; but in real life there’s always something else coming along - it’s more like a soap than a feature film.

What Biddulph is not too familiar with is the fact that, in Bollywood, you can have all the best elements of a soap opera in a feature film. In reflecting on his words, if I watch the movie of my life that I want to watch, I would still bring some elements of Amitabh’s characters into it - their courage, sacrifice, confidence and grace. I would just be careful what other aspects I choose so I don’t bring in the arrogance, misogyny and anger.

We’re transitioning from the traditional role of provider, protector, teacher and moral guardian to a shared model of parenting, slowly learning that we have to develop the knowledge, attitude and skills to share parenting responsibilities: co-parent. We are striking a new balance between tradition and modernity, influenced strongly by a more global outlook on economic, political, cultural and human rights considerations.

Similar to many ideas of Steve Biddulph, there’s a new manhood emerging in South Asian culture. Indian and South Asian men are more active fathers. We’re opening up to better understand the experience of women, our privilege and responsibility to make things better, and our hope for a better world for our children. We’re telling our boys to tell their friends that pink is not ‘a girly colour,’ and that violence in the home creates a generational cycle.

The Indian and South Asian dad is  starting to recognise he can no longer expect his wife to solely fulfill his Bollywood-induced dream of a clean house and a perfectly round roti. If they’re part of a middle class household, their wives will just buy a Rotimatic. Secretly want to buy a Rotimatic? Watch the promo video.

If you, like me, want to be part of a new generation of Indian and South Asian fathers, then we have as much to unlearn as we have to learn. We can’t be Amitabh Bachchan anymore. We have a responsibility to be better. To do so, we need stories, models, metaphors and examples that connect to us and show a new kind of conscious fatherhood.

Trying to find a South Asian Aussie father sharing or writing about his experience grappling with new fatherhood with depth and vulnerability is not an easy task.

Nonetheless, it felt good seeing Ajay look after his family. But it also felt all too real when he became the victim of character Paul Robinson’s schemes to discredit him, including some negative media stories, and when Ajay’s wife Priya had an affair with Paul. If you remember Ajay punching Paul and giving him a black eye, you’ll recall how there’s a hint of an Amitabh-light Bollywood fight scene choreography in that soapy moment. While Ajay’s not the fist-first dad we all want to be, for sheer representation in the media and the ability to see a South Asian Aussie dad standing strong and hitting back, believing in Ajay was worth it. For a better, real-life example, in 2017, Alan Maurice, a gay Indian father of two, was profiled for his commitment to his kids in the lead up to the Australian marriage equality vote. Alan’s openness about his hardships as a gay father show his courage and describe with real honesty the difficult journey to finding yourself as a gay Indian or South Asian dad. More recently, in 2018, Sandeep “Sunny” Jadhav was voted Victoria’s ‘Father of the Year.’ I’m not sure the judging criteria for Father of the Year, but Sunny is involved in a significant amount of community mentorship. While I’m sure Sunny is still dining out on his Superdad status, I know he’s also still mentoring young people in his community and supporting his own family with good listening, empathy and values that embody the best of both South Asian and Aussie cultures. What these examples show us is that Indian and South Asian Australian dads are quietly doing many good things out there, leading by serving their families and drawing on the creative ingenuity of being migrants, while also bringing their positive cultural values and sense of identity to their children. These dads are the signs of a better day for Indian and South Asian Australian fatherhood.

My hope as an Indian and South Asian Australian dad is to find others like me and create our own stories: a mix of the good qualities of Amitabh Bachchan, Steve Biddulph, Sunny Jadhav, Alan Maurice and all the other great dads out there.

I know there’s constant work required to unpack my hangups and fill my hero’s backpack with new tools: empathy, vulnerability, sacrifice, openness, supporting women better, and leading - from the middle. Without a doubt, I believe this journey is the most important one I can take.

When I’m 102 and not out, my hope is that there are so many stories of ‘new’ Indian and South Asian Aussie fathers that we’ll need our own binge-watching day on Netflix. Until then, SAARI will continue to highlight our dads, both the issues they have to address and the good examples they can provide, with compassion and reflection. In the meantime, watch your Amitabh Bachchan films at home, just don’t bring everything he does into your home.

Sandeep Varma is the Founder and CEO of SAARI Collective. 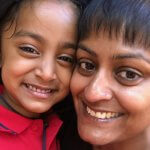 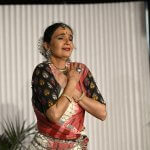 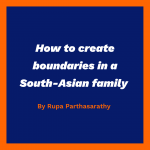 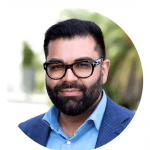