On the evening of the 4th of April, thousands of Sri Lankans gathered on Colombo’s Independence Square. Amongst the crowd were young and old, holding up their phone lights. Collectively, they counteracted the darkness created by week-long power cuts and decade-long corruption of the political class.

One of these protesters was 19 year old Serika Siriwardhana, who started the growing politically neutral youth movement called Yellow for Democracy. She recounts that “at around 10am, the movement merged with many other protests. By that night, the crowd grew to 8000. We were able to come back to our message about long term change…it’s not about one family, it’s about systemic failures in our nation.” Roots of the crisis

For several months now, Sri Lankans have waited hours under the scorching island sun to buy cooking gas, essential food and medicine. The situation has been so dire and numerous elderly Sri Lankans have lost their lives whilst standing in line due to heatstroke and a lack of access to food. Vehicle queues for diesel often stretch a kilometre or more and in the last three weeks, there has been an increase in power outages due to fuel shortages.

While Sri Lanka has been heavily reliant on concessionary foreign loans for decades, the roots of the current crisis are widely attributed to the election of the current government led by President Gotabaya Rajapaksa and his brother, Prime Minister Mahinda Rajapaksa in 2019.

The government attempted to stimulate the economy through numerous initiatives, including by printing more money and cutting taxes. This contributed to heightened inflation, with price rises preventing the average Sri Lankan from accessing basic necessities. Successive Sri Lankan governments have continued to borrow far beyond their means. Only recently has the full extent of the crisis become clear to the public, when the nation could not pay for imports of basic supplies including fuel or medicine because of its huge debts and dwindling foreign reserves. The country’s usable foreign reserves are reported to be less than $400 million with more than $7 billion in foreign debt incurred by the government in 2022 alone.

While this situation can be explained through bad governance and governments plagued by corruption across all levels, this economic crisis has been felt by lower socioeconomic classes for many years. Sri Lanka’s high economic growth rates following the end of the 30 year civil war in 2009 had very little trickle down effects especially in the war torn northern and eastern provinces of the island where protesting was silenced through high levels of militarization. A culture of nepotism and corruption runs deep in the island with the Rajapaksa family controlling 24 percent of the national budget, nine ministerial roles and almost one third of available cabinet positions. The current protest chant rallying across the island, “Gota Go Home” is asking for the resignation and accountability from the current President Gotabaya Rajapaksa.

Protests have erupted across the island, with many attending a protest for the first time. Serika notes that there has been some criticism about the nature of the protests, with people growing increasingly frustrated with the festival-like atmosphere that has been created in some instances.

Serika emphasises they are all learning as they go. Many protests are organised by ordinary citizens and youth, and not experienced organisers. Yellow For Democracy aims to give these protests the direction and purpose they are currently criticised for lacking by:

1. Educating the youth on what they need to know e.g. the process of installing a new government, etc.

2. Informing the youth on how and where they can make a difference; and

3. Empowering the youth to discuss practical solutions and tackle complex questions together.

But young people are afraid that this will once again result in a roundabout power grab from the Rajapaksa family. Serika and the Yellow for Democracy movement know “it’s easy for us to focus on short term goals, such as removing corrupt politicians from government, but systemic change is much harder.”

Indeed, there is not an easy road to rebuilding a nation plagued by years of corruption, inflation and war. However, one can find hope in the Sri Lankan youth who are letting their leaders know that they have “messed with the wrong generation.” Movements such as Yellow for Democracy aim to encourage a culture of critical thinking. Serika notes that there are two main ways Sri Lankan’s and allies living abroad can help.

Firstly, the global diaspora must raise awareness about the economic crisis in their respective countries. Many Sri Lankans have been disappointed to see the lack of global media uptake. She would like to see people reaching out to their local and national media outlets and MP’s to create international accountability and pressure.

However, she says that donations are the best way for people living internationally to support those affected most by the crisis. While it is a band-aid solution to the inherently systemic issues that Sri Lanka is facing, it is a solution that is desperately needed for the thousands of Sri Lankans who can’t afford essential items as a result of rising prices. Foreign currency currently goes a long way, with one packet of food rations costing $0.79 AUD.

Our Australian community has already responded to this call. In just 3 days we have raised over $20,000, converting to over 18,000 meals. These funds will be distributed amongst 9 credible grassroots organisations (full details of each here):

Hashendra Wijesinha, co-founder of the Sparklers Foundation, also highlights the ways in which the Sri Lankan diaspora can support with providing medical supplies. Considering that medical supplies are imported, diasporic Sri Lankans and allies can start initiatives to ship medical supplies to families or hospitals. He also called for a greater investment for more mental health resources in the country. Hashendra Wijesinha and Indira Kithsiri co-authored a book called I Am Inspired, for a new generation of Sri Lankan leaders.

When we asked Serika if there is anything else we can do, she had this message:

“For the Sri Lankan youth abroad, they leave the country and say I’m never coming back as there is nothing for me in this country - which is fair. But it’s because these intelligent people are leaving that our country continues to fall. A lot of capable people have left who can still contribute. One of the biggest things would be if Sri Lankan youth who are abroad can please, please come back. As long as we’re waiting for somebody else to make that change, it’s never going to happen.”

Hashendra had a similar sentiment and highlighted that in order to work towards a better future for the country, we need to invest our time in our youth now. Our young people need mentors and support as the current generation completing school have faced arguably the most disruption in recent decades, first from COVID and now from the economic and political crisis.

We need the diaspora to reach out to their nieces, nephews, family friends to provide them with support and guidance during this difficult time, or volunteer their time to youth capacity building programs like the Centenary Academy.

We ask that you too continue to raise awareness, ask for accountability and donate the fundraiser called “Sri Lanka Crisis Relief” on Gofundme.com. How to help Sri Lanka

Support the work of Bridging Lanka.

Share this story. Tell the government and media this crisis needs more coverage.

Thenu Herath is the CEO of Oaktree and a World Economic Forum Global Shaper. You can connect with her via LinkedIn.

Devni Wimalasena is a Juris Doctor Candidate and Gender Equality Activist. You can connect with her via LinkedIn. 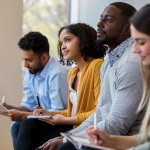 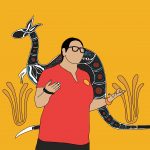 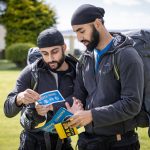